Check out the HuffPost report here

Robin Williams is a great stand-up comic, but he hasn’t been in a decent movie in a very long time. I’m afraid he might not do any good to a complex Nolan script.

Check out the HuffPost report, with a clip of Bush being interviewed on C-SPAN, here.

The guy didn’t know what he was getting into when he won the presidency­; he certainly did not anticipate being hated by so many worldwide by the time he was done. Perhaps now he finally knows what he wants: to have people forget about him.

Syria seems to have shut down its internet service, in light of the crisis in Egypt. 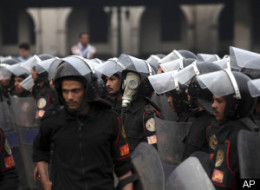 On a side note: this is perhaps something young Mr. Zuckerberg can be very proud of, people using Facebook to raise a revolution

I wonder how many times does Bill have to be schooled by Jon to get it; the guy is going to point out your lies every single time. And not in a “worst person in the world” way that Keith Olbermann used, but in a humorous and insightful way that really connects with the viewer.

On the other hand, though, it is quite possible that O’Reilly did the piece but didn’t do the research himself. He’s probably on his way now to have a little chat with the person that fed him the info about the Huffpost quote.

I had previously not known that the Pentagon budget amounts to half a trillion dollars. The number gets even more ludicrous when the money for the wars in Iraq and Afghanistan are factored in, which raises the total to around 700 billion dollars.

I remember being in awe of the statistic that the United States not only has the highest defense budget in the world, but spends more on its military than the next 14 countries combined

Where is the threat? Terrorists? North Korea? Iran? None of these proposed ‘threats’ justifies such a ridiculous amount of expenditure on the military. In spite of all the talk about nuclear proliferation, preventing ‘rogue’ nations from getting nuclear weapons, or even defending regions abroad that are of America’s interest, I really don’t see the world descending into a major military conflict. Nations are too economically attached; and even if that is not the case, nothing good ever comes out of a war: people die, economies crumble, legitimacy of rule is often called into question.

With this in mind, and with the wars in Iraq and Afghanistan winding down, I really think that Congress could make a substantial dent in the military budget. Even a 10% reduction in the 550 billion budget would be quite significant.

It’s not like we have no places to spend the extra money: Imagine, instead of buying 55 billion dollars worth of guns, bullets, and tanks, we spend all of that on creating jobs for Americans, or bolster the depleting medicare / medicaid, or, better yet, help alleviate the federal debt / deficit.

That’s why I was pleased to see that some Republicans are actually breaking from tradition and saying that they might consider cutting the Pentagon budget when considering cutting overall spending.

Check out the New York Times report here, which discusses the awkward position some newly-elected, Tea Party-supported Republicans are in because, while Republicans traditionally are very reluctant to cut military spending, they were elected on a platform to cut spending and grab a hold on the deficit.

Secretary of Defense Robert Gates’ proposal to cut defense spending by $78 billion over the next five years is a good start, but maybe they can trim the military budget down so that it is only more than the next ten countries combined?

It is also quite comforting to know that Colin Powell has the sense to say that cutting the military budget is a possible way to tame the deficit, as supposed to defunding the NPR or the National Endowment for the arts, which only serves as rhetorical posturing and does next to nothing in reducing the deficit.

It’s my belief that part of the unwillingness to slash the military budget can be attributed to the notion that a sizable number of Americans believe that their country could go to war at any minute, and that we need to be completely dominating all other countries in order to feel safe. This presents a perplexing image of America, as it tries to display confidence by boasting a strong military where in fact Americans end up appearing as insecure and paranoid about being attacked.

America is sliding down the world rankings in the education realm; it is beginning to lag behind in science and technology development. President Obama addressed parts of the issue in his State of the Union address. If the President wants America to once again lead the world, it can only do so with a strong economy, and, more importantly, a healthy and educated populace.

Read the HuffPost report, which also features a video of Al-Jazeera’s report, here

First Lebanon, then Tunisia, then Egypt, and now Yemen. Maybe Clinton was right, that the Middle East is crumbling because the countries couldn’t get their acts together.

Rachel Maddow once again haves at it on criticizing CNN for airing Congresswoman Michele Bachmann’s State of the Union response during its prime time coverage, thereby elevating the importance of her speech to equate that of Representative Paul Ryan’s official Republican response. Maddow also argues that by airing the response, CNN has also validated a false Tea Party entity because the group that financially supported Bachmann’s response has almost nothing to do with the actual ‘small-government’ tea party movement.

I bet Candy Crowley and Roland Martin (and probably Anderson Cooper) were all thinking “oh my god this is such B.S.” They have a point. It really made no sense at all for CNN to air Bachmann’s response. I happen to think that Wolf Blitzer probably didn’t find the logic in broadcasti­ng Bachmann’s response, either, but he probably didn’t have any say, and was told by his bosses to note numerous times that CNN is the only network airing it.

By the way, what the heck was Piers Morgan doing there? The guy can barely be considered a journalist­.