Read the report from the HuffPost here 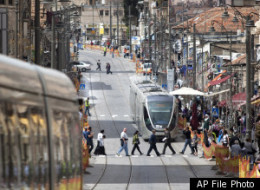 As if not enough things is going on in the Middle East right now, someone has decided to reignite the Israeli-Pa­lestinian conflict again.

Granted that they are saying the very slight elevation is nothing to worry about and it’s still safe to drink the water, the thought I had when I saw the word “Massachus­etts” was “really? Eastern United States being affected by radiation spreading from the West part of the Pacific?

I’d imagine it’s pretty hard to make Nic Robertson angry, seeing has he was quite close to Baghdad (even right in the middle of it) when U.S. invaded Iraq in 2003. The guy has actually been to the places that he talks about; he’s not just sitting in a newsroom somewhere in New York and reading reports from a monitor. If the people at Fox News can’t respect people like Nic Robertson, they really are shooting themselves in the foot.

On the morning of Saturday, March 19, Hamas militants fired dozens of mortar shells from Gaza into Southern Israel, effectively ending a cease-fire that had lasted since the Israeli military operation ended in Gaza more than two years ago.

Read more about it on the HuffPost (Article by Reuters) here, and two articles on the New York Times here and here.

My initial reaction upon reading the news somewhat amused me; maybe the leaders of Hamas had decided to make its play now in hopes of being overlooked because of all the other conflicts currently going on in the Middle East. The world has its eyes on Libya, Bahrain, Yemen, Egypt, even Syria, they can’t possibly have time to check out what Hamas has been up to, can they?

The short post by the New York Times points out that there might be internal conflicts within Hamas:
“… there were signs of internal differences within Hamas, particularly between the hard-line military wing and the government, which may have led to the escalation.”

It’s always prudent to keep in mind that thus far, we know very little of what really happened. This can keep us from jumping to conclusions and making false judgments, whether on the actions of Israel, Abbas, or Hamas. We can, however, speculate; it maybe well be that the moderate, pro-negotiation wing of Hamas had no knowledge of the mortar attack on Israel, that it was launched by a rogue group within the hard-line wing. Or, as the HuffPost / Reuters article suggests, this could have been a calculated timing attack to see the extent of Israel’s retaliation and to put Abbas in a difficult position.

Speaking of which, Mahmoud Abbas has had his work cut out for him for quite a while, but this latest attack by Hamas takes it to a whole new level. If he tries to reconcile with Hamas, Israel will see it as both Hamas’ government and his as a united threat, which would undoubtedly hinder any peace talks with Israel. If he goes continues negotiating with Netanyahu without Hamas, he won’t be seen as the leader of all Palestinians.

All this is happening while the United States is trying to act as a mediator, as evident by Secretary of State Hilary Clinton’s numerous visits there.

This new development on the decades-(centuries, even) old Israeli-Palestinian conflict can be viewed as a cap off of all the conflicts going on in the Middle East today. It was the center of Middle East politics a thousand years ago, and it remains so, because of its gravita and the hope it brings if peace is achieved. On the other hand, it could also be viewed that the rest of the region is progressing with its yearn for change, leaving the Israeli-Palestinian conflict behind in what seems to be a never-ending saga.

We won’t be able to tell which is which, maybe not for decades. But we it is now evident that the Middle East will be the epicenter of international politics for a long time to come.

I think the reason why Keith Olbermann’­s “Worst Persons In The World” segment was so popular was because it was funny and, more importantl­y quick. O’Donnell’­s “Rewrite” segment is like the more eloquent, essay-form­, not-very-f­unny, version of “Worst Persons”. Regular viewers of MSNBC all pretty much already have the impression that Glenn Beck is nuts, so it really isn’t doing O’Donnell doing any good keep on hammering it home.

Don’t get me wrong, I am a fan of O’Donnell’s show and views. But I think he could put his eloquence and analysis to better use by talking about current political issues, not just attacking Glenn Beck. And I’m not saying that he should stop calling out Beck altogether; Beck deserves the criticism that O’Donnell dishes out, but too much just becomes a waste of time.

If O’Donnell really wants to school Beck, he really should pick apart everything that Beck stands for, his writings, and the motivation­s behind what he says, not just what he does, which often is just for show (and ratings).

The Democrats are finding their ‘Karl Rove’, the famous Bush-era Republican strategist and fund-raising machine.

Read the HuffPost article here. In essence it talks about how the Republicans have gotten a head start in raising money for the upcoming election in 2012 and are taking full advantage of the new laws allowing unlimited amounts of campaign contributions from any one donor.

Somebody get Mark Zuckerberg to donate a tenth of his 13.5 billion net worth… oh wait, the FCC and the Obama administra­tion are already doing everything he prefers. 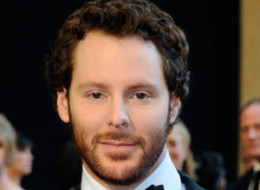 How about a person who has made a billion dollars, AND is a countercul­ture revolution­ary?

Third Cup
Create a free website or blog at WordPress.com.