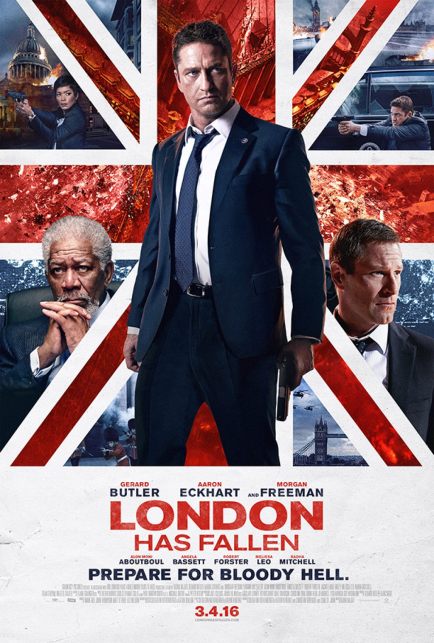 Not as bad as I had expected, honestly.  As it currently sits at a dismal 25% at Rottentomatoes and generally panned by critics, I went in  with very low expectations.

I was made aware of the film’s potential xenophobia and I looked out for it.  It wasn’t as bad as I thought.  For those who think this movie is xenophobic or racist towards Muslims, I’d argue that within the context of this film, you could easily replace this group of antagonists with one originating from, say, Chechnya or North Korea (or America, for that matter), and it will have the same effect.

What surprised me the most was how well shot the film was.  Between the extended unedited shots and the long, sprawling establishing shots, director Babak Najafi and his crew showcased action scenes that were intense and comprehensible.  That’s a lot more than I can say about recent horrible action films.

The acting was what it was; Gerard Butler and Aaron Eckhart weren’t really taking their roles too seriously, and that’s what the film needed.

Yes, there was too much of the pro-American ra ra; some of the lines uttered by Butler, Eckhart, and Morgan Freeman’s character, were much better off replaced by silence.  But for a country that adores films such as “Black Hawk Down,” “Saving Private Ryan,” and “American Sniper,” “London Has Fallen” is certainly a bit more fervent when it comes to its pro Americanism, but not by much.

It’s not fantastic by any means.  But if you compare this to other action bombs in recent years, such as “Taken 2” and 3, “Terminator Genisys,” “Jupiter Ascending,” “Point Break,” even “Chappie,” “London has Fallen” is no more worse, and sometimes better, than these films.