Alejandro G. Iñárritu‘s “The Revenant” is an ambitious epic that attempts to be the cinematic masterpiece that “Birdman” was, but falls short.

Shot as beautifully as any film can be by Emmanuel Lubezki, who is gunning for his third Best Cinematography Oscar in a row (he won previously for “Gravity” and “Birdman”), the film is visually stunning; any stills from this film would make a great looking poster.

The performances were terrific.  Tom Hardy, was brilliant in playing a truly hateful character.  While we as the audience hate him, to a very small extent, we do sympathize with him, as all he did was act out of his own self-interest.

And then there was Leonardo DiCaprio, who, once again, delivers a memorable performance.  The amount of physical hardship he had to go through while shooting this film, that alone, deserves tons of props.  Despite not being the favorite to win, I would have no problem with him nabbing his first ever Oscar this year.

There were a handful of terrific scenes in the film, highlighted by the Leo character’s fight with the bear (shown in the trailer).  These scenes are glimpses of what this film could have been.

So, since I said that the cinematography and the performances were great, what is it that makes “The Revenant” not as good as “Birdman”? The issue has to do with the director.  Inarritu has made one of the best films I’ve ever seen in “Birdman,” but he has also made one that I despise, “Babel.”  He’s got this mantra of knowing that he’s making a great film and wants to show it to us, throwing all subtlety out the window in the process.  With “The Revenant,” it felt like he and Lubezki were indulging so much into creating gorgeous shots that they forgone telling a tighter story.  The result was a film that was 15 minutes too long and a plot that wasn’t able to support its length.

And that very last shot… showcased Inarritu’s pompousness at its worst.  It was also Leo’s chance to say “look! I’m ready for an Oscar… again!”

Granted that I have avoided seeing the films that were generally viewed as major turds of the year (Fantastic 4, Pan, 50 Shades…) I went into “Mockingjay Part 2” with cautious expectations.  “Catching Fire” was great, “Mockingjay Part 1” was slow but acceptable.  This one was… oh god, what the heck did I just watch.  The film was dragged way too long; you can feel each scene being dragged just a bit longer they should just to fill up its 2-hour run time.  It was frustrating and boring at the same time.  The production and cinematography were fine, but the story was handled so badly that this has got to be one of the most unsatisfying endings to a saga I’ve never seen. 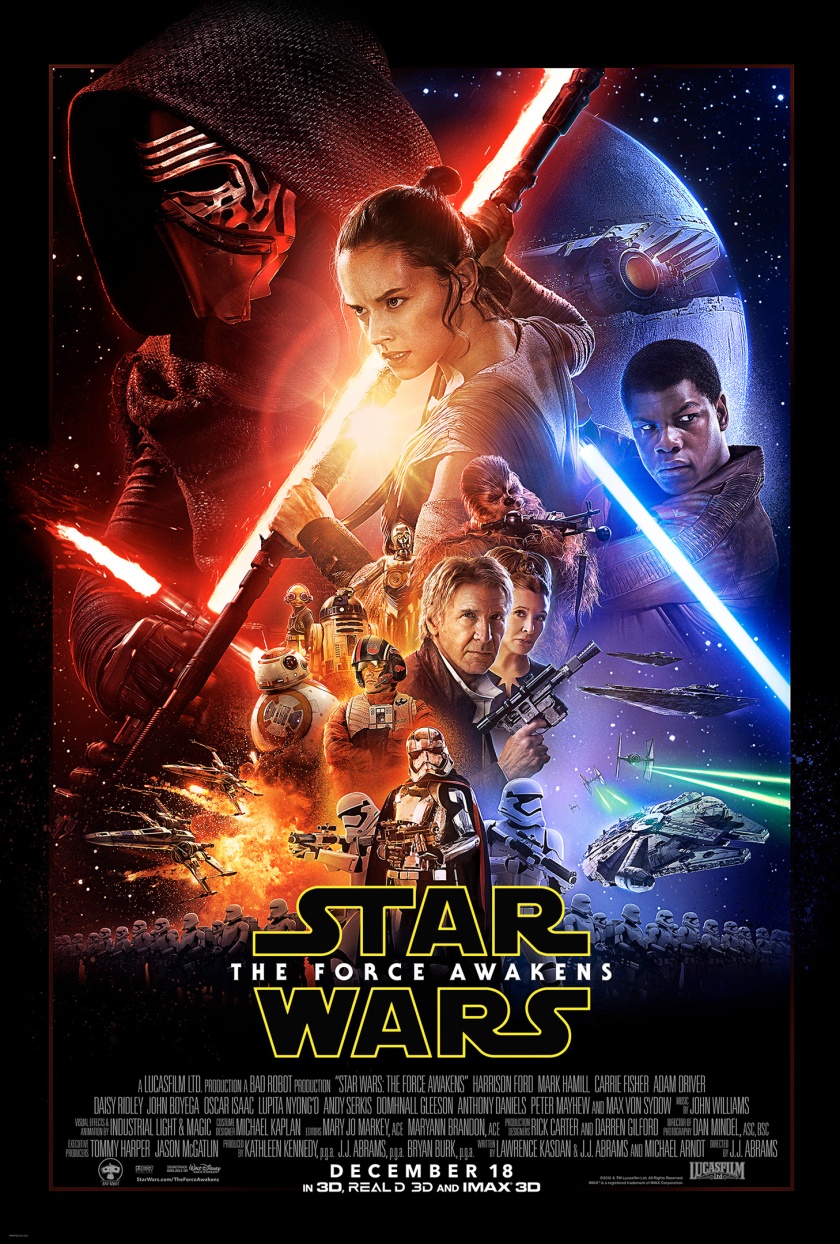 What better time to restart my movie reviewing blog after almost an entire year off!? Star Wars: The Force Awakens is a film that was decades in the making.  The result is a thrilling ride that recaptures the magic of the original trilogy.

The story had a solid direction; we are informed from the opening crawl the set up of the plot, and the film never loses its focus.  The special effects were magnificent, especially the scenes featuring the Millennium Falcon (hello nostalgia!).  The acting was solid from top to bottom; the new cast shined while the old was outstanding as they passed the torch.  The action scenes were thrilling, and the experience left me with a smile on my face.

Most importantly, the core of the story, which is centered around the force, is fleshed out.  This opens the door to so many more possibilities in the coming films with regards to the balances of the force.

Following in the footsteps of “A New Hope,” “The Empire Strikes Back,” and “The Return of the Jedi,” “The Force Awakens” is a space opera that is perfect for the holiday season.  If you haven’t see it already (which I suspect many of you have, as it has broken the all-time record for opening weekend box office), be sure to catch this one.

With the general review out of the way, let us talk some spoilers! While I really enjoyed the film, it is by no means perfect.  So, doing so in the most direct way possible, I’m going to discuss a few plot points that shows the film’s shortcomings, which was its pacing.  Keep in mind, though, as John Campea said on Collider Movie Talk, these issues are movie issues, not Star Wars issues (in that these are issues that all films struggle with) Once again, SPOILERS from here onwards!

All of these points are minor compared to the film’s achievements.  This film has brought the Star Wars franchise roaring back, and I absolutely can’t wait for Episode VIII! 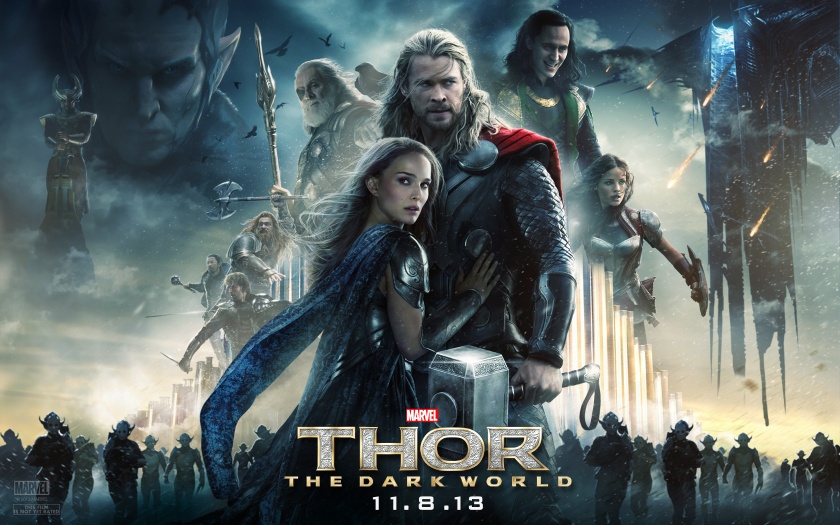 It was one of those movies which I enjoyed immensely as I walked out of the theater, but hasn’t withstood the test of time very well.  Tom Hiddleton steals the show as the charming and cunning Loki, whose character is infinitely more interesting than Chris Hemsworth’s titular character.

The filmmakers have once again tried in vain to emancipate Thor from the land of one-dimensional protagonists.  The character was utilized to full potential in “The Avengers,” when Thor was able to feed off of other more charming characters such as Iron Man, Captain America, and even Hulk.  It shows that, perhaps to the detriment of the character’s solo franchise, Thor is most appealing when part of an ensemble cast.

“The Dark World” is directed by Alan Taylor, already an established figure from directing episodes of “Game of Thrones” and “The Sopranos.”  Compared to his predecessor, Taylor’s darker, grittier style transfers well onto the big screen, and provides the franchise with a much needed change of pace.

Thor will next appear in the 2015 Avengers sequel, likely to be followed by “Thor 3” in 2016.  It’s probably for the better for the franchise to take a break, as audiences will no doubt suffer from ‘Thor fatigue’ if anymore comes out anytime soon.

The notion of having to experience something for yourself in order to understand it has never been more applicable than here.  It has always been said that one of the most difficult things to do when it comes to any skill or hobby is to commit to and keep up with it.  I was on a pretty decent streak at the end of last year (a year ago) and earlier this year.  And, like a drug addict who has gone cold turkey, I stopped writing after the “Fast & Furious 6” review, in MAY.

I cannot recall why I stopped, but I’m back.  And hopefully this time, I’m back for a long, long time.

Chiefly responsible for bringing me back to this blog is my current job.  Working at a secondary school, I am, for the first time since my University days, exposed to the stimulating world of academia.

I can’t stress enough on how grateful I am of where I work right now.  I have been socially connected to so many new people, students and teachers alike.  No matter how tired I am, my day always lights up when I see my students.  This kind of feeling can’t be faked, and I feel blessed and lucky that I have found a job that brings such level of joy.

As a result of my brain having been rebooted because of this job, I will now resume my blogs.  Expect more movie reviews, musings, and lots more to come!